An alliance of local community groups has formed to combat what it says is rampant overdevelopment robbing Sydney of its heritage, green spaces, and liveability. The group, named the Save Sydney Coalition, says the city is being ruined by “greed-led population growth” facilitated by developers focused only on easy profits. The Coalition consists of a … END_OF_DOCUMENT_TOKEN_TO_BE_REPLACED

Soaring rents are destroying the communities Aboriginal people have painstakingly built in Brisbane, Melbourne and Sydney. It all feels very familiar Walking into the inner-city Brisbane suburb of West End one morning, I witnessed a group of Aboriginal “parkies” being moved on from a corner of the main road. “So nothing’s really changed for blackfellas … END_OF_DOCUMENT_TOKEN_TO_BE_REPLACED

Nearly 80% of Aboriginal and Torres Strait Islander people in Australia live in urban areas but cities often exclude and marginalise them. Urban planning and policy have been central to this, and the harms can be seen in key moments and processes that have shaped Australia’s urban environments. Today, Indigenous people continue to be seen … END_OF_DOCUMENT_TOKEN_TO_BE_REPLACED 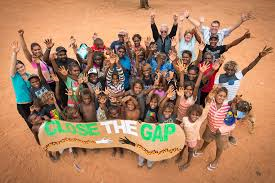 Traditional western models for 'helping' Aboriginal communities don't work. By turning these models upside down in favour of building authentic relationships and on-the-ground community engagement, Denise Hagan and the Puuya Foundation are empowering a remote Aboriginal community in Cape York, Australia, and delivering successful, life-changing programs. Denise Hagan works at the complicated intersection where the … END_OF_DOCUMENT_TOKEN_TO_BE_REPLACED

Abstract In Australia, data are not routinely collected on the parental status of prisoners, so there are no official nationwide figures and few State‑based figures. The current study uses data collected in Queensland over a six‑month period to estimate how many Queensland children, in one year and in their entire childhood, experience paternal imprisonment. Additional … END_OF_DOCUMENT_TOKEN_TO_BE_REPLACED