SCOTLAND’S ailing town centres are losing more than five shops a week as growth in cafes, fast-food outlets and bars fails to counterbalance the closure of chain stores.

New figures published by consultants PwC show a total of 290 high street stores shut their doors in Scotland in 2017, a rate of 5.5 per week.

The survey examined multiple retailers, including any shop with more than five outlets nationally and saw experts visit 500 town centres across the UK.

No Scottish high street was immune from the downturn and although many other UK town centres were hit, the net loss of 4.48 per cent north of the border was the highest in the UK – ahead of North East England where 4.31 per cent of high street stores closed.

Lindsay Gardiner, regional chair for PwC in Scotland, said: “2017 has proved to be one of the toughest trading periods Scottish retailers have experienced in years – borne out by a 32 per cent rise in store closures with high street names such as Twenty One going into liquidation and others such as New Look and Prezzo closing outlets.” 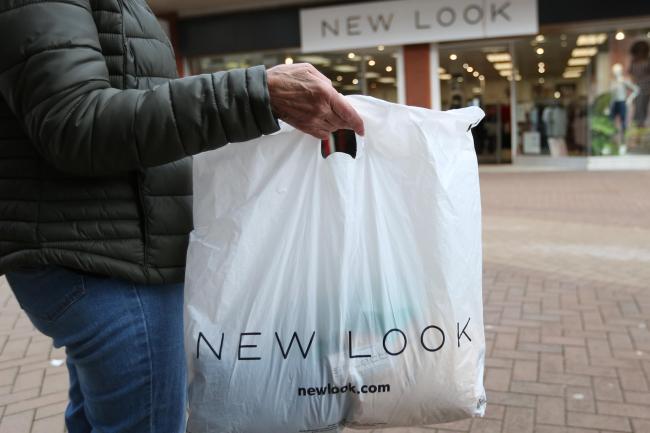 Clothes shops led the closure list in Scotland declining by 25.5 per cent, followed by travel agents (17.2 per cent), banks and financial institutions (14.4 per cent) and shoe shops (8.5 per cent).

But it appears eateries are often filing the void, with Chinese takeaways soaring by 50 per cent, cafes and tearooms by almost a third and restaurants and bars by eight per cent.

Overall, Glasgow lost the greatest number of shops by a net figure of 53, followed by Edinburgh on 29 and Aberdeen on 16.

Across Scotland, the closures were offset by 142 openings, for a net loss of 148 stores. This shows the downward trend continuing from 2016 when the shutters came down on 112 stores around the country.

Professor Leigh Sparks, a retail expert at Stirling University, said the PwC report had failed to consider the health of independent stores but insisted the high street decline can not be reversed by innovative stores alone. “If you can make towns and town centres accessible and attractive, retailers can thrive on the back of that,” he said.

“If it is only a retail destination will fail, because consumers nowadays want more than that.” While the migration to online was one major factor, retailers such as New Look had been recalibrating after a boom at the turn of the millennium. “Retail underwent an expansion in space over quite a long period but as costs have risen retailers are questioning what space they actually need.”

David Lonsdale Director of the Scottish Retail Consortium said retailers were having to contend with profound changes in shopping habits, more cautious consumers and spiralling costs imposed by government. “These figures demonstrate just how challenging and volatile times are just now for Scotland’s retail industry,” he said.

“This is hugely challenging at a time when retailers are forking out more for public policy induced costs such as higher business rates, the large firms’ business rates surcharge and the apprenticeship levy.

“These figures should serve as a wake-up call to government, with a far greater focus brought to bear on reducing the costs of doing business from retail premises.”

“To see such extensive closures of high street shops is not just deeply troubling, it is economically damaging.

“The SNP has not done nearly enough to support small businesses.

“If the SNP really cared about our economy, it would support our small businesses and invest in our economy.”

A Scottish Government spokeswoman said: “We are doing a huge amount to support businesses in Scotland, including retailers – we provide the most competitive rates relief in the UK, and our Small Business Bonus Scheme alone has saved smaller firms £1.5 billion.”