Soaring rents are destroying the communities Aboriginal people have painstakingly built in Brisbane, Melbourne and Sydney. It all feels very familiar

Walking into the inner-city Brisbane suburb of West End one morning, I witnessed a group of Aboriginal “parkies” being moved on from a corner of the main road. “So nothing’s really changed for blackfellas in Brisbane,” I thought as I continued along Boundary Street, named for the city’s racist 19th-century policies of urban segregation.

I saw the same sort of discrimination when I lived in the area in 1995: local Aboriginal people being shadowed by police vans as they walked the streets, singled out for questioning, harassed with gratuitous warrant checks or body searches. In 1993, two years prior to my arrival, the death in custody of an 18-year-old Aboriginal dancer had incited open violence between the city’s Indigenous community and the Queensland police.

In parts of other Australian cities, such as Redfern in Sydney and Fitzroy in Melbourne, you will find the same yarn: the continued presence of an urban Aboriginal community and their deep connection to place, despite local governments’ discomfort – or even efforts to scrub it out. 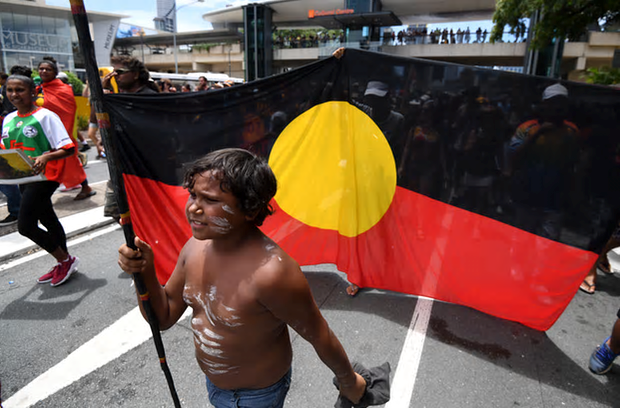 It is symptomatic of the colonial-settler prerogative that has sought to eliminate the offensive presence of the natives from any profitable territory. In 21st-century Australia, the “dispersal” that began with European invasion continues through the gentrification of city suburbs where Indigenous identities persist.

In the colonial argot of the 19th century, dispersal euphemistically described a bloody practice of massacre and forced dispossession of First Nations peoples, often performed as punishment for perceived theft, or any other form of resistance to the colonisers more generally. In the early and mid-20th century, blackfellas were forcibly coerced into government reserves most commonly known as “missions”.

The overarching intent of these “protection” policies was to ensure the dissolution of First Nations culture and traditional governance structures, pushing mob to develop from “their former primitive state to the standards of the white man”, as the Aboriginal Protection Board said in 1935.

When the missions began to be disbanded after the second world war, it forced significant Indigenous migration from the bush to towns and cities, where we repopulated places like Fitzroy, Brisbane’s West End and particularly Redfern in great numbers. This 1950s policy of “assimilation” was essentially a state-sanctioned experiment to force Indigenous people to give up their beliefs and traditions as they adapted to urban life

Yet the place of blackfellas in Australia’s cities is under threat. Faced with rapid gentrification and associated rental and ownership price hikes, urban Indigenous populations continue to relocate to the outer suburbs, where cheaper housing is usually located. The trend could be viewed as a contemporary iteration of the dispersals of the past – decidedly less bloody, though equally impelled by capitalistic imperatives.

As a recent report reveals, often this dispersal by gentrification only serves to perpetuate the cycle of Indigenous disadvantage: family and community support structures become scattered, as limited connectivity infrastructure reduces mobility and communication, which then has ramifications for access to basic services and, crucially, workforce participation.

In recent years the most visible site of this battle has been Redfern in Sydney, where efforts towards Indigenous self-determination have been centred since 1972, when the Aboriginal Housing Company (AHC) started to procure a 10,000 sq m block of houses with a view to establishing an Aboriginal community “settlement”. 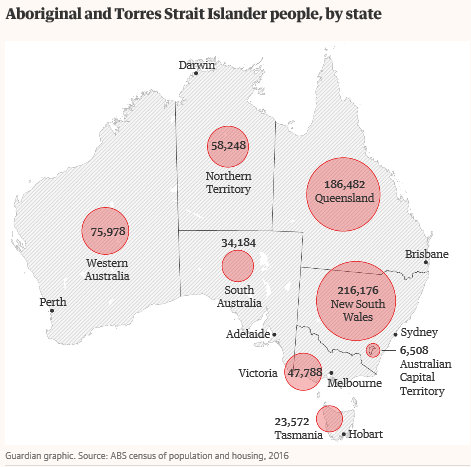 This inner-city site became “the Block”, a place synonymous with late 20th and early 21st-century First Nations resistance and resurgence. But since 2004, the AHC has been accused of perpetuating the very community dispersal it was formed to counter, with controversy surrounding the demolition and proposed redevelopment of the now-iconic site.

Many Aboriginal residents of Redfern protest that the AHC is acting as a private developer seeking to profit. The AHC says the proposed 16-storey tower, providing accommodation for university students, will offset the expense of 62 affordable residences for Indigenous peoples that are also part of the project.

Critics, including the prominent Aboriginal activist (and former member of the AHC steering committee) Jenny Munro, claim that the gentrification of the area is forcing Aboriginal families to relocate to Sydney’s outer margins. The most recent demographic data suggests she may be right, with the 2016 census showing Redfern’s Indigenous population has decreased to around 284 people.

It is easier for governments to neglect urban Indigenous people if we disappear from view. Yet, as the report indicates, these communities face different challenges both to non-Indigenous city dwellers and to rural and remote Indigenous populations. Though general health measures are better than those for non-urban Indigenous populations, rates of chronic disease are high, while mental health issues are far more common among urban mob. There is also disparity in education, employment and particularly housing outcomes, largely due to persistent racial discrimination.

Much has changed in the decades since I first moved to south Brisbane. As I plodded along in the oppressive humidity, I counted 14 cranes on the skyline. The old industrial zone had vanished, giving way to towering apartment blocks, with another dozen or more on the rise. Most of the stores I remembered had been replaced by espresso cafes, upmarket bars and boutiques.

I recalled the desk clerk of my hotel cheerfully boasting that Brisbane was among the fastest growing cities in Australia. Yet there were still blackfellas being moved on from the corner, just as there always had been – even as we approach a future where more Indigenous peoples will be living within our major cities than outside of them.