A community of hunters and gatherers in Kenya has won a historic case against the Kenyan government, with the African Court on Human and People’s Rights ruling that their rights had been violated.

In a ruling delivered last week in Arusha, Tanzania, the African Court on Human and Peoples’ Rights said the Kenyan government had violated the rights and freedoms of the Ogiek by driving them out of their ancestral lands and that they have a right to live freely on their ancestral lands in Mau Forest.

The court ruled that the evictions of the Ogiek from the forest were disproportionate to the need for conservation of the environment, contrary to assertions by the Kenyan government.

The Ogiek sought justice under the African Charter on Human and Peoples’ Rights to which Kenya is a signatory. The community sued the government for violations of their rights to life, property, natural resources, development, religion and culture.

“For the Ogiek, this is history in the making. The issue of Ogiek land rights has finally been heard and the case has empowered them to feel relevant,” said Daniel Kobei, the executive director of the Ogiek People’s Development Programme (OPDP), one of the organizations that have been at the forefront fighting for the rights of the Ogiek.

The court rejected claims by the Kenyan government that the Ogiek people posed a danger to the Mau Forest complex, one of East Africa’s largest water towers. The court said the Ogiek had spiritual, emotional and economic attachment to the forest as they rely on it for food, shelter and identity.

The ruling has been hailed by local and international human rights organizations.

The ruling “is a historic victory for the Ogiek community and gives hope to all indigenous people everywhere” said Muthoni Wanyeki, Amnesty International’s Regional Director for East Africa, the Horn and the Great Lakes. She implored the Kenyan government to implement the ruling and let the Ogiek people live freely on their ancestral land. 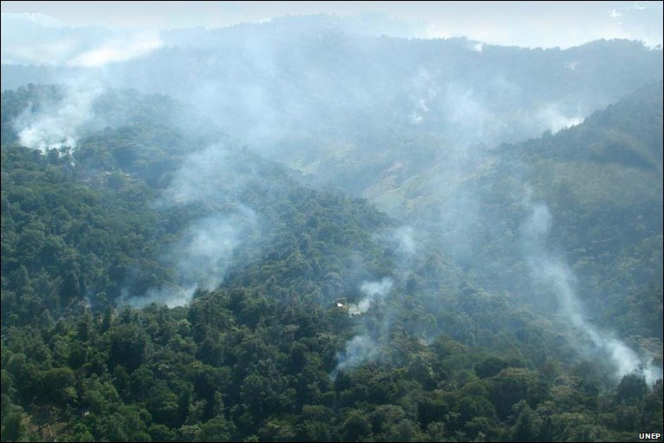 Meanwhile, the court asked the Ogiek to file their requests for reparations within two months. The case has been running since April 2010. It was initially lodged by Ogiek People’s Development Programme (OPDP), Minority Rights Group (MRG) and the Centre for Minority Rights Development (CEMIRIDE) at the Centre for African Commission on Human and People’s Rights, which referred the case to the court in 2012.

The Ogiek live in the Mau Forest in the Rift Valley and in Mount Elgon Forest in the western part of the country. The group is one of the last remaining forest-dwelling communities and most marginalised indigenous people in Kenya. This ruling may bring to an end decades of running battles between the Ogiek and successive regimes over persistent attempts to eject them from the forest.

According to elders in the community, the word ‘Ogiek’ means ‘guardians of the forest’. They live a simple lifestyle, depending on fruits, meat from wild animals and honey for food. In recent times, they have gone into farming to supplement their food requirements. They are one of the smallest ethnic groups in Kenya.

The case could set a precedent for similar cases elsewhere in the continent of Africa where indigenous peoples’ rights have been violated by state organs.