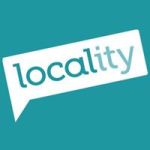 Legislation can be important for reasons way beyond the content of the Act itself – the many consultations, the evidence giving and the welter of media attention that the Bill attracts during the Parliamentary process – all serve to focus attention on a particular area of policy. But that focus is always temporary and the parliamentary circus soon moves on to other matters. Which why it’s important to find other ways to attract attention. In England, the sense of urgency that the Localism Act had briefly stirred up, was thought to be fading. Time for a Commission?

In the wake of the vote to leave the European Union, policy-makers and commentators now speak of our ‘left-behind’ communities. But these divides have been growing and widening for years. They are the product, in part, of political and economic centralisation and a long-term failure to address our profound democratic deficit. Entrenched geographical health inequalities, with a stark North South divide. Educational opportunity tied to parental income, pushing up house prices in neighbourhoods with good schools.  Withdrawal of finance from disadvantaged communities, with our big banks secure in the City deemed ‘too big to fail’.  An electoral system that only feels like it counts if you live in a marginal seat, with political alienation most prevalent among the young and the poor.

Strengthening localism offers the potential to tackle disadvantage, rebalance our economy, and revitalise democracy. Taking part in local action can strengthen feelings of community cohesion, generate a greater sense of pride and purpose, and improve wellbeing.  Localism in public service design and delivery can ensure that services are equipped to address local needs and harness local assets, and make sure public procurement spend is reinvested in the local community.  Giving places the means to strengthen their local economies and rebalance economic growth away from London and the South East is not only good for local areas but also supports productivity across the nation as a whole.

There is growing political consensus on the need to decentralise. It is clear that the scale and complexity of our social challenges is so great, they are unlikely to be effectively addressed from Westminster. But while successive pieces of legislation and various programmes have sought to achieve this, our Commission finds that we have not yet secured a radical rebalancing of power to people.

Localism should enable local solutions through partnership and collaboration around place, and provide the conditions for social action to thrive. Localism is about more than local governance structures or decentralising decision-making. It is about the connections and feelings of belonging that unite people within their communities. It is about how people perceive their own power and ability to make change in their local area alongside their neighbours.

We need to completely reframe how we think about power. When we think about power we tend to look upwards – towards Westminster-based institutions and elected politicians. Those who wish to see greater localism often ask politicians to give it away and push power downwards. But this is looking at things the wrong way round. Instead, we need to start with the power of community. The task of our political system should be to support this, harness it, and reflect it in our national debate.

Our Commission has heard evidence about what makes a powerful community. While different communities build and experience power in different ways, there are common sources. We heard how the power of any community lies with its people, their collective ideas, innovation, creativity and local knowledge, as well as their sense of belonging, connectedness and shared identity. We need to bring this into political life much more effectively via a renewed effort to foster localism in future.

However, our Commission has also heard about a fundamental imbalance of power that is preventing this power of community from coming to life and restricting collective agency: top-down decisions leaving community groups and local councils unable to make the change they know their neighbourhood needs; a lack of trust and risk aversion from public bodies, dampening community energy; a lack of control and access to local resources, limiting the scope of local action.

One thought on “Focus on localism”