23 January 2018: UN Member States provided feedback to the detailed proposals for reforms to the UN development system advanced by the UN Secretary-General Antonio Guterres, as presented in his second report on the matter released on 20 December 2017. In a meeting of the UN Economic and Social Council (ECOSOC), governments engaged in an interactive dialogue with the Secretary-General and debated the way forward.

The meeting took place on 22 January 2017, at UN Headquarters in New York, US, convened by ECOSOC President Maria Chatardova. The “repositioning of the UN development system to deliver on the 2030 Agenda” is being pursued following the 2016 quadrennial comprehensive policy review of operational activities for development of the United Nations system (QCPR), and also takes place in the context of the Secretary-General’s broader reform agenda, which also includes reform of the peace and security architecture and management reform.

In the ensuing discussion, Egypt for the Group of the 77 and China (G-77/China), stressed that the UN’s development pillar needs to keep its focus on development. The EU emphasized that reforms should strengthen the cross-pillar collaboration.

On UNCTs, G-77/China said quantitative calculations should not be the only tool for deciding UN country presences, and countries’ structural profiles and challenges also should be considered. Bangladesh for the Least Developed Countries (LDCs) said that the LDCs group is carefully reviewing the quantitative formula proposed for deciding UN country presence, as it might work against the best interests of LDCs, given their small economies. Guterres stressed that a UN agency’s presence in a country is ultimately decided by the government; the Secretariat only makes suggestions, based in part on the results provided by the respective quantitative formula. The Netherlands said the UN should organize itself around its role as a multi-stakeholder convener at the country level. 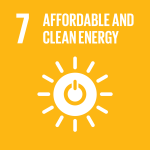 On the UN Development Assistance Framework (UNDAF), the EU expressed supported for transforming the UNDAF into countries’ most important planning instrument. G-77/China underlined that the RCs must implement UNDAF under national leadership The LDCs inquired how the Istanbul Programme of Action for Least Developed Countries for the Decade 2011–2020 (IPoA) will influence the UNDAFs. Paraguay for the Landlocked Developing Countries (LLDCs) called for the mainstreaming of the six priorities of the Vienna Programme of Action for Landlocked Developing Countries for the Decade 2014-2024 (VPoA) in UNDAFs. The Secretary-General noted that both the VPoA and IPoA are included in the 2030 Agenda, thus by aligning the UNDAFs with the 2030 Agenda, the two plans of action are addressed.

On the RC system, many countries, including G-77/China, asked about the role of national governments in the RC appointment process. Guterres said no RC will ever be appointed without the approval of the respective country, adding that he aims to create a selection system that is more transparent and ensures gender balance and equitable regional representation. The US did not support the reform proposals for the RC system. Russia asked about the role of Member States in overseeing the overall RC system given the proposal for the system to be funded through assessed contributions. Switzerland noted that there are different options for funding the RC system, and invited everyone to engage with an open mind. El Salvador said he would not be able to support the proposal for people outside the UN system to be able to be elected as RCs. Kenya stressed that national governments need to coordinate the development work on the ground, unless a state is in complete disarray. Viet Nam favored a more prominent role for the government in designing UNDAFs and solving conflicts on development priorities. The RCs are currently proposed to have a more prominent role in these tasks. 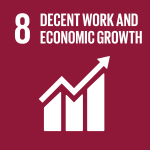 On partnerships, G-77/China inquired about governments’ role in managing risk and ensuring oversight of partnerships. The EU said it expects more concrete proposals on revamping the UN’s approach to partnerships. The Republic of Korea emphasized that partnerships with the private sector are crucial, and welcomed the proposals related to the UN Global Compact (UNGC). Denmark noted that UNGC should be involved more in the UN’s work at the national level.

G-77/China expressed support for the proposal of the new Funding Compact. He stressed that funding and financing are and should be kept different, adding that the discussion on increasing financing should not replace the one on increasing funding. Together with China, he highlighted the principle of common but differentiated responsibilities (CBDR) as an essential component. The LDCs welcomed the proposal to establish a funding dialogue.

Australia for Canada, Australia and New Zealand (CANZ) said core funding is critical, but stressed the need for a better understanding of what “core” funding is, and how it can be utilized. She also underscored the need to enlarge the donors’ base to welcome non-traditional donors. The US urged the release of the associated costs for the reform proposal, saying the proposals must be kept within existing budgets, and emphasized the importance of domestic resource mobilization. The UK underlined the need to look beyond core funding. Together with Norway and Sweden, he called for emphasis on broadening the donor base and utilizing pooled funding. Denmark expressed support for increased investment in the UN development system. Kenya underlined that it is not possible to get change free of cost. Sweden welcomed the idea of pooled funding and of the discretionary fund for the RC. Norway welcomed the proposal for the Funding Compact, emphasizing that diversifying the base and expanding burden sharing must be part of the discussion.

The LDCs lamented the lack of recommendations on eradicating poverty, which the Group said should be the main priority for the development system, as well as the lack of recommendations showing that the LDCs will receive priority support. The LLDCs emphasized that the most vulnerable countries need to be a priority in this reform process. AOSIS and Micronesia for the Pacific Small Island Developing States (P-SIDS) emphasized the need for more clarity on the functioning of UN multi-country offices. CANZ said the operation of the RC system in multi-country offices needs to be reflected in its funding base.

The EU said that all the reform proposals in the report should be fully costed, indicating the extra resources needed, before starting the discussions on the proposal. He noted that “the long overdue reform” of DESA is “a bit left unaddressed,” while the reform of the UN Economic and Social Council (ECOSOC) should be discussed in the ECOSOC reform track. He also noted that the reform proposals seem to focus on the UN entities based in New York, and it should be extended to include all relevant entities.

Colombia and Switzerland expressed support for the ambitious structural changes proposed. Russia asked about the reason for creating a new system-wide evaluation office instead of merging existing structures. Viet Nam said she would like to see more on the engagement of the UN development system with middle-income countries (MICs). Ecuador, Chile and Mexico said the UN’s Regional Commissions need to keep their leading role on policy-making in regional development. China asked for DESA to be the main entity in implementing the 2030 Agenda. Armenia stressed the need for dispute mechanisms for governments as they are the primary stakeholders of the reform. On the system-wide strategic document, the G-77/China said countries should design their own plans.

On the reform process moving forward, G-77/China said the process should be Member States-driven, and the Group is open to the appointment of facilitators for intergovernmental negotiations. He announced that the Group aims to launch a series of open discussions on these issues among Member States, including UN entities, to increase clarity. 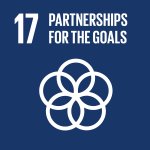 The African States invited governments to give the Secretary-General the mandates that would make possible the conversion of his proposals into action, adding that more on this will be discussed in the February retreat. The EU suggested a “lean” intergovernmental negotiation process, with a succinct text that does not reopen the QCPR and that links the development system reform with the peace and security and the management reforms. CANZ also stressed that the process should not reopen issues on which consensus has been achieved. AOSIS and Cuba noted that any essential decision on the UN development system needs to be made at the UNGA level, and called for a timeline of discussions on the matter. P-SIDS underscored the need for setting modalities that permit the full participation of all Member States in the discussions.